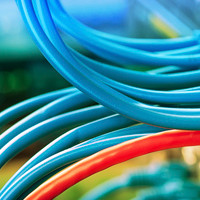 I first was introduced to Wave AV in 2017 with the intention of commissioning them to install a very comprehensive AV setup together with seamless integration with security, gate comms, and telephony. I was sceptical as to their ability as my experience of AV Experts in the past has not been a happy one. In fact my existing house had so called state of the art kit installed a few years ago that did virtually little that was specified. The installer promised everything and delivered very little and I eventually gave up as he and his team were incompetent.

Being sceptical as to Wave’s abilities I decided before allowing them to install in my new build I asked them to sort out my current home, not without some trepidation. Ian, the boss of Wave attacked the spaghetti of wiring and as everything was unplugged and control units were removed and discarded I feared that what little AV I had would be lost. I have to admit that Ian is quite unique in is field, he actually knows what he’s doing. He installed in my case Control 4 and made everything work the way it had originally been specified. Wiring was tidied and labelled which was all the more impressive since he used the rats nest of existing cabling.

With this experience I specified my requirements precisely and contracted Wave AV to do the full installation. I was not disappointed, on the contrary, he was quite brilliant even upgrading some kit he thought was not good enough and installing the latest model of each item if there had been an upgrade since his quotation. The result was it did everything as spec’d and the installation had labelled wiring and neatness worthy of the engine bay of a Rolls Royce. Ian does all the programming of, in my case, Control4 himself and simply makes it work the way the customer wants. Furthermore he returned promptly to fix any teething problems unlike other installers who disappear into the ether once paid.

I have no connection with Wave AV save to say I am a very satisfied customer who appreciates anyone who takes great pride in his work and would highly recommend Wave AV.